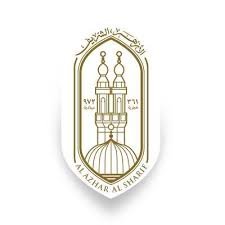 The madrasah is one of the relics of the Isma’ili Shi’a Fatimid dynasty era of Egypt, descended from Fatimah. She was called Al-Zahraa’ –The luminous– and it was named in her honor. It was founded as a mosque by the Fatimid commander Jawhar at the orders of the Caliph and Ismaili Imam Al-Muizz as he founded the city of Cairo in Jamadi al-Awwal during the year 359 A.H. Its building was completed on the 9th of Ramadan in the year 361 A.H (972 AD).

Both Al-‘Aziz Billah and Al-Hakim bi-Amrillah added to its premises. It was further repaired, renovated and extended by Al-Mustansir Billah and Al-Hafiz Li-Din-illah. Fatimid Caliphs always encouraged scholars and jurists to have their study-circles and gatherings in this mosque and thus it was turned into a university which has the claim to be considered as the oldest University still functioning. Studies began at Al-Azhar in the month of Ramadan, 975 AD.